I celebrated a birthday last month and The Professor really hit it out of the park this year; we were supposed to make a trip to the East Coast but sometimes life just doesn’t cooperate like we think it should. My guy still made the entire weekend really special with tickets to the theater, a bouquet of handmade paper flowers, an overnight visit from my sister-in-law and dinner at Cerulean Restaurant in Indianapolis – somewhere we hadn’t visited before.

END_OF_DOCUMENT_TOKEN_TO_BE_REPLACED

There are two kinds of ‘beet’ camp – lover or hater . . . there just doesn’t appear to be an ‘in between’ . . . and we fall squarely in the lover camp. I must admit that eating ‘pickled’ or ‘sweet’ from a can was my beet of choice as a child; in fact, I’m not sure I even knew what a ‘whole-beet-from-the-garden’ looked like until I was an adult.

END_OF_DOCUMENT_TOKEN_TO_BE_REPLACED

Waffles were a big deal at the little house on Ankeny Street; my mother had a large waffle baker that had a long black ‘fabric-type’ of cord with little gold threads running through it. She would make one very large waffle or 4 individual pieces could be torn apart and shared; butter, jam or maple syrup was passed around the table and we were convinced we were the luckiest kids on the street.

END_OF_DOCUMENT_TOKEN_TO_BE_REPLACED

I remember arriving in Indiana for the first time more than 15 years ago; it was late August and the heat was staggering. My clothes stuck to my body, my hair frizzed, my energy zapped an hour after I left the house . . . this Northwest girl was not used to that kind of humidity. By October, Jack Frost had already had his way with the pumpkins and when November rolled around, snow had fallen; my first semester of classes ended the first week of December with a whopping high of 18 degrees and ice on the ground . . .

END_OF_DOCUMENT_TOKEN_TO_BE_REPLACED

Musical pairing – All We Are by Matt Nathanson

What feels like an eternity but in reality was only a month ago, The Professor was gone for the weekend and I took the opportunity to head down to Indianapolis to do some shopping . . . yep, actually drove. by. myself . . . and I didn’t get lost which is quite the accomplishment if you know me and my sense of direction . . . or the lack thereof . . . But on the way home, I stopped in at the grocery store and picked up a couple of salads from the deli counter; one was a Japanese Tofu salad and the other was a Quinoa (KEEN-wah) salad – I enjoyed them enough to recreate both with my own spin . . .

END_OF_DOCUMENT_TOKEN_TO_BE_REPLACED 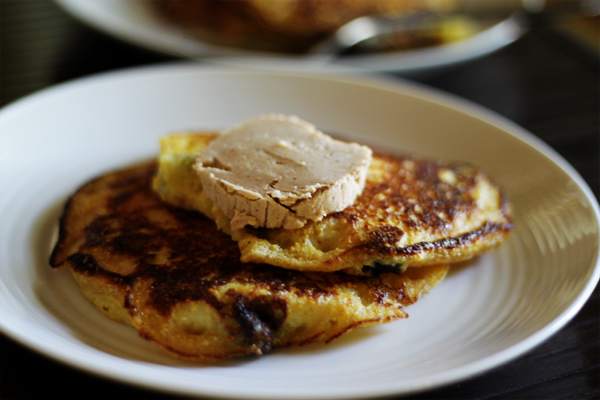 I think I’ve mentioned here before that I haven’t always been a breakfast eater; in my defense I think it’s because I don’t get particularly excited about cold cereal nor am I a fan of drinking milk straight up – ugh.  BUT give me a great egg dish, biscuits and gravy, some candied bacon or these blueberry-cornmeal pancakes and I’m so there.  In fact, now that I’m a grownup (and I am a grownup, ahem . . . plus . . .) cold cereal for breakfast is almost non-existant in this house.