The Professor here, again for what is becoming a regular “feature” on Smith Bites about beer.

I have a brother who travels the world for the work he does, and gets to experience different cultures and cuisines on a regular basis.  Over the 4th of July weekend, he was telling me about a trip he made to Singapore.  The group of Americans he was with wanted to go to an Irish Pub. (In Singapore?…really?)   My brother is one of these guys who would rather experience the local foods of the places he visits.   But, he was hungry and didn’t want to be difficult.

He figures he is in a pseudo-pub, so he’ll order a pub-style drink:  the Snakebite.  And while it wasn’t on the drink menu, its two ingredients were.   I don’t know if this is the case nationwide, but in this restaurant, a special order was not very common.  The waiter was apprehensive, but still wanted to be hospitable to his guest.   After my brother described the Snakebite, the waiter nervously shuffled off to share the strange concoction from this strange American with the bartender.  My brother got his Snakebite, and I’m sure the waiter got a nice tip. 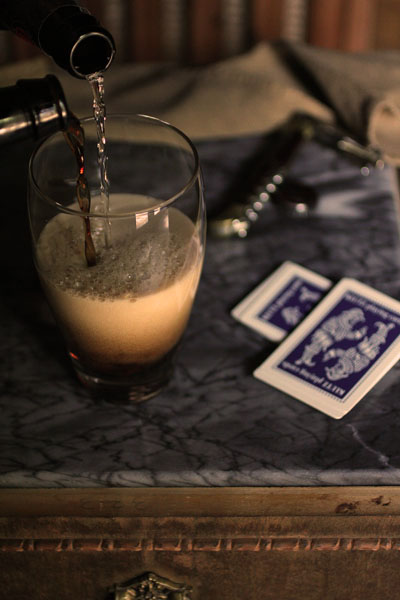 The Snakebite is another type of shandy beer cocktail composed of equal parts lager style beer (amber or dark)  and hard cider.  (not on ice, however).  The cider adds as sweetness and mellows the bitterness of the lager.  In fact, the cider makes the lager very easy to drink.  I’ve even read that some bartenders in the UK refuse to serve them because patrons drink them too quickly and get too intoxicated.  That is never our goal here at Smith Bites; drink responsibly and never, ever drink and drive! However, something cool and tasty to accompany a nice summer dinner at home is definitely our goal.

Debra and I recently tried to order one of these at a local restaurant here in the States, and they wouldn’t mix it for us.  We are not exactly sure why because both ingredients were on tap.  We just ordered one each of hard cider and lager and mixed it ourselves at the table.  It really is quite smooth and refreshing.  So whether home, abroad, or at your favorite restaurant, consider giving the Snakebite a try. 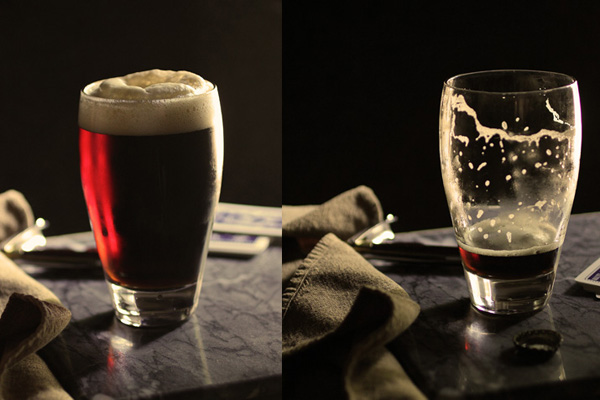