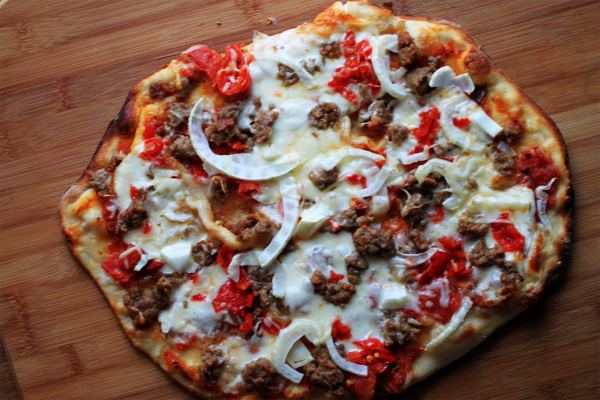 We are pretty big on pizza here at Smith Bites, who isn’t? And I would have to say that we’re pretty snobbish when it comes to good pizza – make that really good pizza – so most of the time that means we make it at home.  About a month ago, we ventured out and tried a new pizza place in Carmel (pronounced like the candy) called ‘Pizzology‘ that was recommended in the Indianapolis Monthly magazine. We ordered a sausage & fennel pizza and enjoyed it so much we wanted to recreate it at home – but with our own twist!

There’s no real recipe but rather a list of ingredients; we’ll let you decide how much of each one you’d like to add to make your perfect pizza! 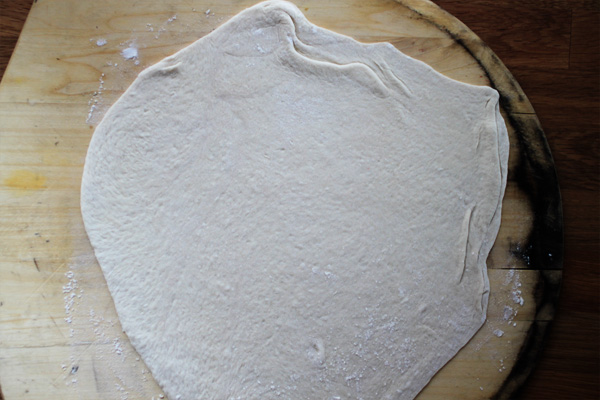 It all starts with pizza dough; we have made our own using this basic pizza dough recipe but we also pick up frozen pizza dough to have on hand for those times when we don’t have homemade available. My local grocer has it for about $1.49 and will make 2 12-inch pizzas from one dough ball. 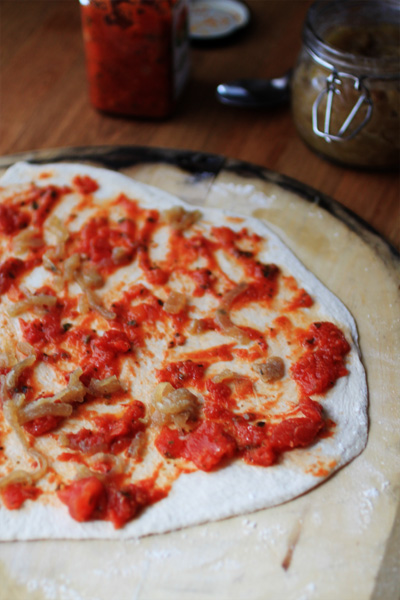 For this pizza, we used Trader Joe’s Tomato Bruschetta for the base; we like this better than regular jarred marinara or pizza sauce because we like the lighter, fresher taste and the seasonings are kept to a minimum. We added some caramelized onions too. 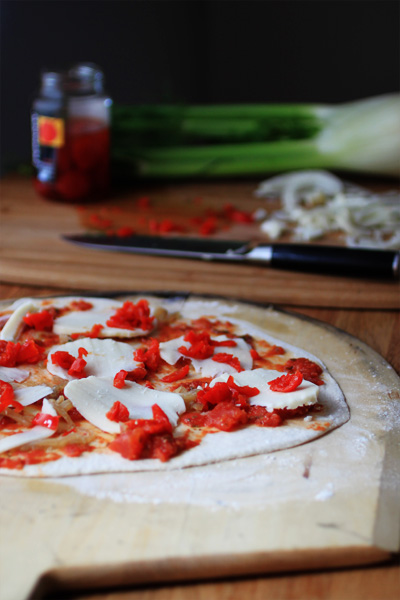 The next layer is simply thin slices of low moisture mozzarella; on top of the mozzarella, we added chopped peppadews which are simply a smaller, round red or orange pepper that’s been preserved in a sweet/sour brine that also has a tiny bit of heat to them – just enough to let you know there’s a bit of spice but not anywhere near setting your mouth on fire! 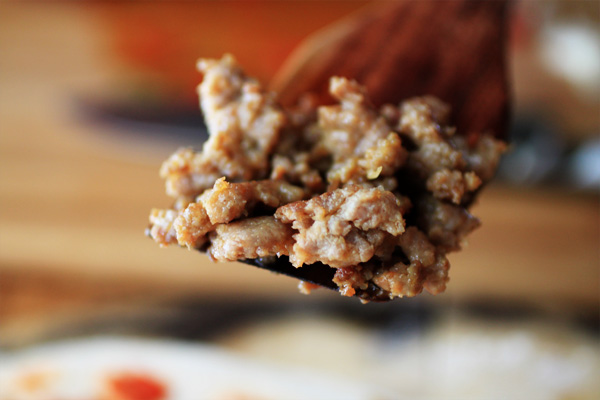 We used a mild sweet turkey sausage here but feel free to use whatever type of sausage you like – or leave it off entirely for a vegetarian version! 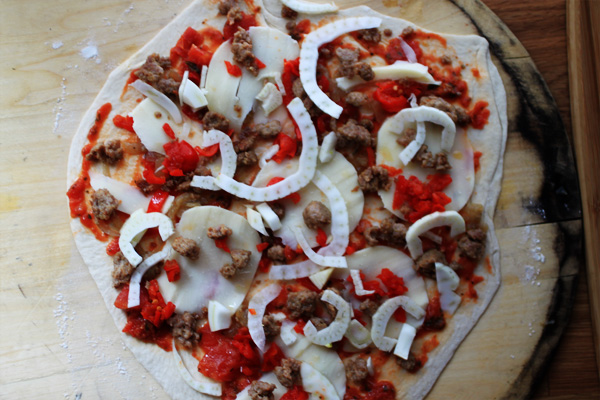 Thinly sliced fennel (as thin as you can get it – you don’t saute or cook in anyway before layering it on top; it will cook enough to soften but will still have a slight crunch when the pizza is ready to eat.) 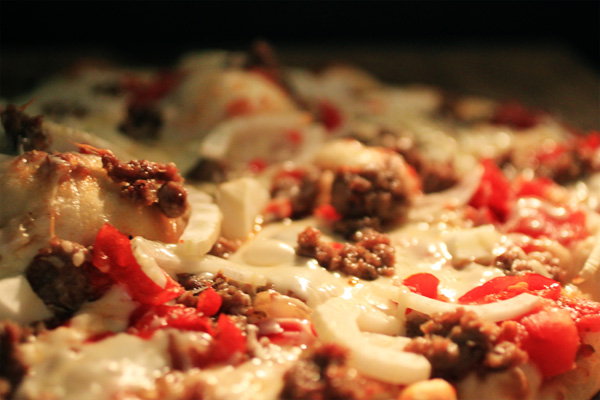 Into a super hot oven – crank that puppy as high as it will go (500 degrees plus if possible) and slide the pie onto a pizza stone that has been placed on the bottom of your oven.  We purchased ours from Target for less than $20 and just leave it on the floor of the oven permanently. The stone gets hot enough to start cooking the crust immediately giving you a crisp and airy crust with a tender interior. Bake for approximately 7-10 minutes depending upon how your particular oven heats. 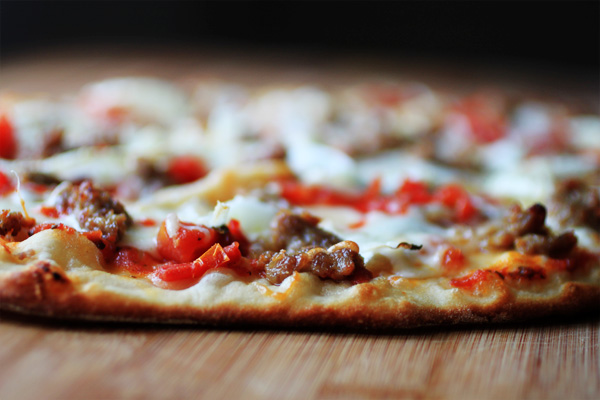 Perfect! Look at the golden edge of this beauty, the cheese has completely melted and then fennel enhances the sausage while those peppadews give just a pop of sweet/spicy.

Smith Bites wants to know: WHAT’S THE BEST PIZZA YOU HAVE EVER EATEN?

Makes one 12-inch pizza
Pre-heat oven to 500 degrees (or as high as your oven will go!)
.
LIST OF INGREDIENTS:
Jarred Tomato Bruschetta (or pizza sauce of your choosing)
Caramelized Onions (thinly sliced raw red or purple onion works too)
Low Moisture Mozzarella, thinly sliced
Jarred Peppadews, rough chop
2 links of mild sweet turkey sausage, casings removed, broken up into pieces and cooked until no longer pink
Fennel, thinly sliced
Grated Mozzarella, Asiago, Pecorino, Parmesan Cheese – any blend of these that you like to top everything off
.
SMITH BITES NOTE: If you’re not familiar with fennel, it is a celery-like vegetable that has the crunch of celery but also has a somewhat licorice or anise flavor to it, which is why it pairs so nicely with sausage.
.
Bake in a 500-degree oven for approximately 7-10 minutes; keep an eye on the pizza as it cooks very quickly!