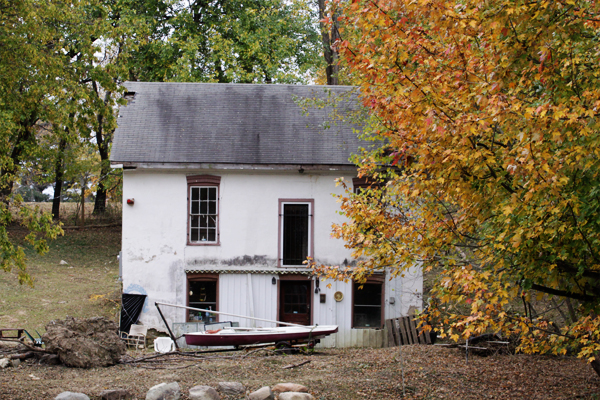 See this house?  This house is just three doors down to the East of ours; nope, it’s not a haunted house but it does have stories to tell – as do most of the farms in this small community; in fact, New Columbus is considered one of the oldest communities in Madison County.

Settled by pioneers in the 1820’s, New Columbus has seen a lot in the last 200 years.   Once a village of commerce with farmers, carpenters, blacksmiths, physicians and merchants, by the mid to late 1800’s most of the trade had moved to nearby Anderson.  In its heyday, the village was also known for its whiskey, some disorderly conduct and even the scandalous murder of Native Americans of the area. 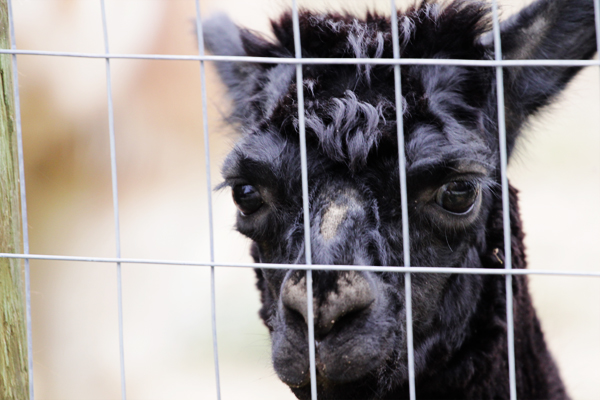 The house that sits at the bottom of the hill on our street was once the site of a Saw Mill in 1835.   But even more intriguing, was the hidden chamber that the recent owners discovered at the back of the house.  Thanks mostly to those of the Quaker faith in the area, escaped slaves were smuggled through a network of “safe houses” and hidden routes called the “Underground Railroad”.  The slaves would travel at night, but would hide, be fed, rest and be given directions to their next stop during the day. 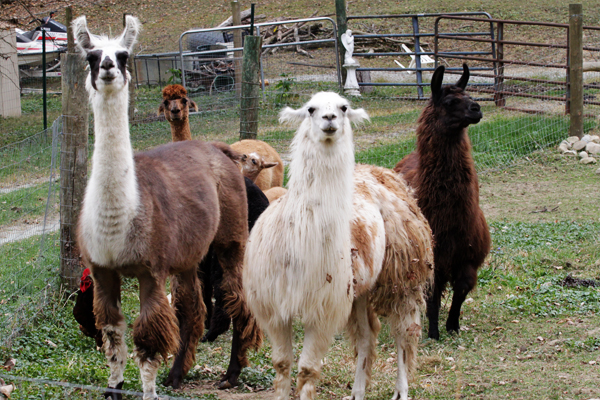 When we moved here nine years ago, an elderly woman lived in the house but she died and the property was sold – more for the value of the land than anything else.  Suddenly, a small area was being fenced off and one day a couple of goats appeared.  A couple months later, another area was sectioned off and this welcoming committee appeared – if you’ve never seen a Llama up close and personal, this is what they look like. The Professor and I just rolled our eyes because Old McDonald’s Farm was right down the road – only Farmer McDonald wasn’t living there.  Either that, or someone was building an ark due to the fact that a sailboat appeared overnight and was placed smack dab at the front door. 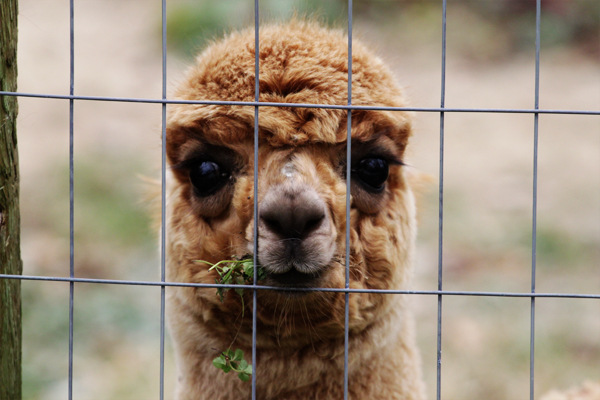 Last week The Professor finally met the new owners who shared the history of the house, its secret chamber and the connection to the Underground Railroad.  To say we were shocked is an understatement. 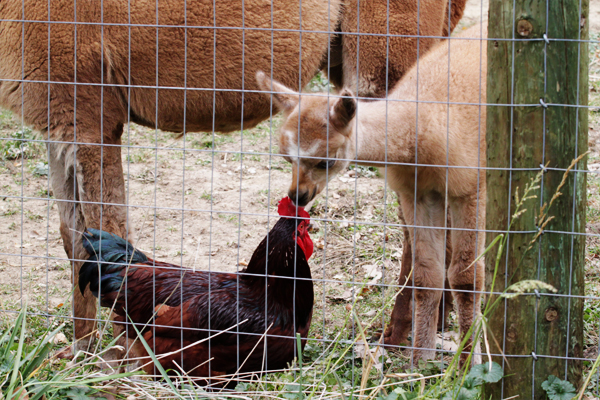 Apparently, Mr. Rooster just showed up one day; the owners didn’t place him here but as you can see, he’s made himself quite at home and looks like he’s here to stay. 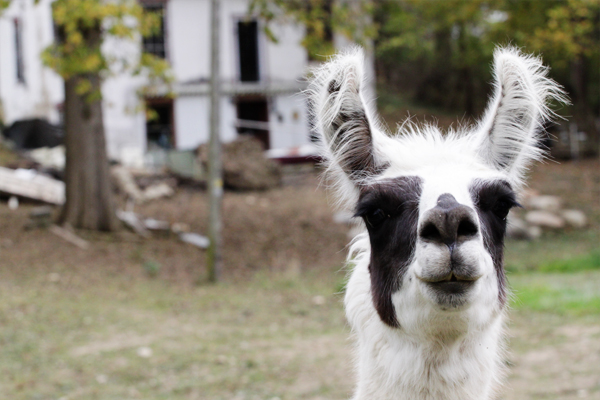 Well hello there – don’t you just love my ears??? 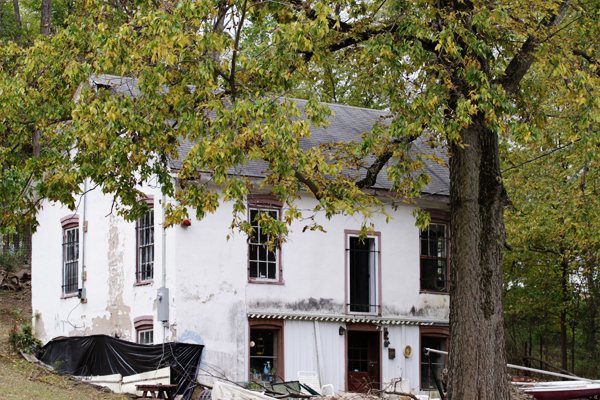 The new owners are restoring this historical home and plan on living here some day which makes us quite happy; it would be much easier to bulldoze the place and start anew.  But here sits an important part of our Nation’s history . . . on my street . . . three doors down . . . how cool is that?!

Leave a Reply to Megan Cancel