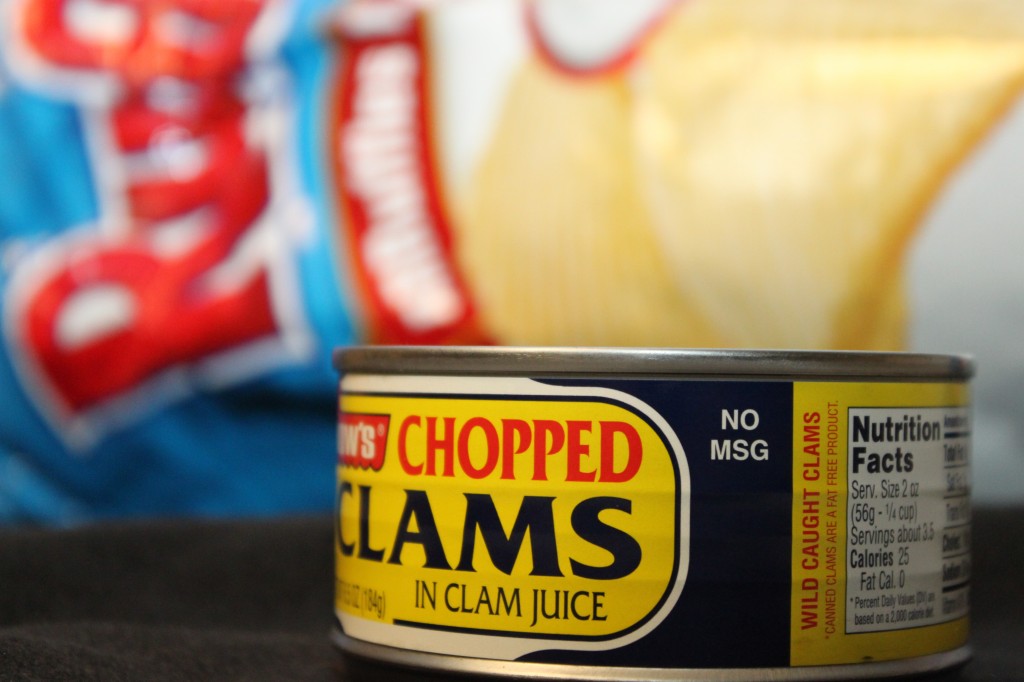 There’s a picture of my family that was taken at my sister’s home in Arizona, December 2000; it was the last Christmas we would have with my dad who died from cancer September 7th, 2001, just four days before 9/11.  It sits on my grandmother’s silverware chest – fitting because it belongs to my father’s mother and also because it sits in the dining room – the room where meals are shared at big family gatherings as well as small intimate dinners with friends.   And there is a full view into the kitchen – the place where, for me, I’m completely in the zone – happy, content, peaceful . . . at home.

I see this picture in my dining room every single day, and even though the picture was taken in Arizona, I remember many other Christmases growing up in various homes throughout my childhood when my mother would make clam dip.  I have no idea why I loved, I mean L-O-V-E-D, clam dip as a kid when I couldn’t stand fish, not even tuna – YUK!!!  But there was something about my mom’s clam dip that announced the season of Christmas.  Maybe it was because she only made it on Christmas Eve and we weren’t allowed to eat any until after we had returned from Christmas Eve service in the evening.  Or maybe it was because of the potato chips – Ruffles with Rrridges (you must to roll the ‘R’ when you say it – remember the commercial??)  Any old plain chip simply would not do – had to be Ruffles and they had to have the ridges to hold all that clam goodness.  Maybe it was the clams themselves – minced, buttery, chewy, light pink with just the tiniest hint of the sea.

I’ve tried to adjust the recipe for a non-fat version as well as a low-fat version in response to the low-fat, non-fat peer pressure of the world around me *sigh* – cottage cheese for the mayo (eewwww), non-fat mayo (gross), non-fat cream cheese (also gross), non-fat sour cream (I can’t even comment) – each so very disappointing – I’d rather not have any at all, thank-you-very-much.  So for me, the ritual is the same as my mother’s:  only once a year (ok, so maybe twice a year but only that stretch between Thanksgiving and Christmas!) and it’s the real deal, cream cheese, “light” sour cream (a compromise I can live with) and those lovely canned clams with the yellow and blue label.   The blend of herbed cream cheese with the cool, sour cream creates this wonderfully creamy mixture, the lemon juice and zest cuts through the fattiness of the cream cheese balancing the dip perfectly while complimenting the buttery clams.  That herb and tart goodness clings greedily to the salty-crunch of a ruffled chip . . . I tell you, it’s a match made in heaven!  And if you must . . . serve with a reduced-fat chip . . .

2 Cans Minced Clams (reserve some of the juice)

½ teaspoon or so of Lemon Zest (to taste)

Leave a Reply to Avery Cancel